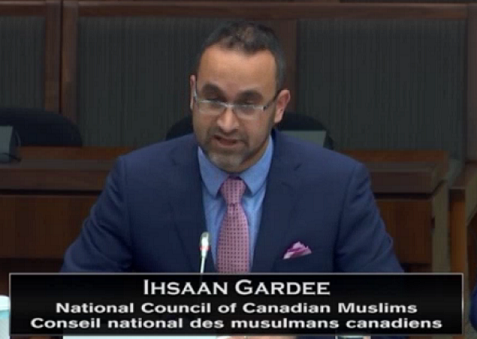 On December 12, 2017, the National Council of Canadian Muslims (NCCM) appeared before the House of Commons Standing Committee on Public Safety and National Security (SECU) regarding Bill C-59, An Act with respect to National Security Matters, which overhauls Canada’s national security laws. Bill C-59 was tabled by the Liberal government in an effort to bring about changes to existing national security laws enacted by the previous government.

NCCM Executive Director Ihsaan Gardee and Legal Adviser Faisal Bhabha testified before the committee about this far-reaching legislation. The NCCM’s testimony focused on highlighting (1) that evidence of systemic bias within Canada’s security agencies needs to be addressed before giving them more powers; and (2) that the No Fly List should be scrapped after 10 years of serious harm to innocent Canadians and no proven benefit.